With over 40 years of experience in Qi Gong plus more than 35 years of Tai Chi and 14 years of acupuncture, Edward has a deep understanding of HEALING!  He is among the BEST in TCM (Traditional Chinese Medicine.)  Edward have successfully treated many complex cases where other acupuncturists have failed.

His acupuncturist notes are well sought out during his college years in ACAOM and still requested today among his peers.

Edward practices what he preaches. He is a living example on how effective TCM is in curing diseases. In 2015, Edward was able to heal himself of a terminal disease with herbs and Qi Gong. 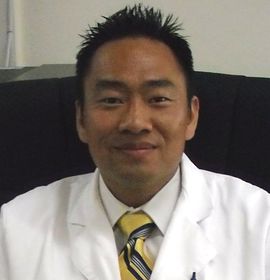 Edward has healed many……….
Even the most complex cases of injury and pain, he is able to provide relief to those who has seeked him out, including cases that require surgery!!! Not too many acupuncturists have reached this skill level to heal the body such as a broken spine.

In 2018, Edward travelled back to China to heal his distant relatives because NO acupuncturist or MD in China can heal them!

Among his most outstanding achievements, Edward was also able to heal an individual with Raynaud’s syndrome through just Qi Gong alone in one session!

Edward was part of the oncology team at Westchase Clinical Associates using acupuncture to reduce the side effects of radiation and chemotherapy.  He also used acupuncture to rehabilitate and strengthen the cancer patients.  Many times these patients also had pain from cancer and Edward helped reduce the pain immediately.

Edward is also a MASTER HERBALIST.  He can formulate special formulas from raw herbs upon request from his patients.  Understanding how to prescribe herbs requires many years of studying. It is not about prescribing a single herb but about combining certain herbs together in the right amount and ratio to create a synergistic effect. Creating a formula in TCM requires understanding of 4 criteria in making a herbal formula . Edward often tests these formulas on himself!

Combining his experience in Qi Gong, Tai Chi and TCM, Edward is a master of his art. His skills are a reflection of his deep knowledge of healing people through his work.

In 2017, Edward created the –Inner Harmony method for acupuncture to get faster results.

Meditation starts with learning our breathing method in our weekend workshops.